Thank heavens for my sister’s bookshelf 😛 It’s not enough that I’m twenty books behind on my own (ever-growing) to-read list – no, I had to ransack her stash during lockdown! Here are two gems in two of my favourite genres: fantasy and historical fiction.

We have a young prince and princess, complete strangers but engaged to be married; a sorceress of surprising abilities; a wizard-king hungry for power; a fiery soldier who can’t help but stir the pot; a mysterious desert rider; and (MY FAVOURITE) the King’s Adviser, exiled for speaking the truth.

Add seven neighbouring kingdoms, a good dose of magic, political intrigue and swordplay, and you have The Seven Towers.

This is one of Patricia Wrede’s earlier novels, and many of her established fans do not think it on par with her later work. But having nothing to compare it with (coupled with my legendary love of fantasy), I enjoyed it.

I love fantasy politics if it’s done well (hello, The Queen’s Thief!) and this interplay between kingdoms and power-wielding nobles was fascinating. The story was fast-paced and most of the plot twists well-executed, although some more world-building would have been welcome.

I found most of the characters well-drawn and likeable – not easy when you have such a big leading cast – and Jermain was just in a league of his own. (WHY CAN’T YOU BE REAL DANG IT.) But I would’ve appreciated more meat to the back stories, and a deeper exploration of some of the characters’ inner conflicts.

Still, the story sucked me in and I loved escaping to this world in my mind. It kept me up late and my thoughts would run through the kingdoms long after I’d gone to bed! Some reviewers complained that there were too many fantasy clichés, but come on, even clichés are fun when they’re done well. I’d definitely recommend The Seven Towers to fellow fantasy junkies. Great for a rainy Sunday 🙂

“On the upper slopes of White Horse Hill in the English civil parish of Uffington,” according to Wikipedia, is “the Uffington White Horse. . .a prehistorical hill figure, 110 metres long, formed from deep trenches filled with crushed white chalk.” Like most other ancient artworks, this one is shrouded in mystery that lends itself to all sorts of speculation of how it came to be. Sun Horse, Moon Horse is Rosemary Sutcliff’s heart-breakingly beautiful take on the White Horse’s creation.

This is the tale of Lubrin Dhu of the Iceni, different among his tribe for his darkness of features and drawing talent. When his tribe is conquered, he is the spokesperson who strikes a strange bargain with the conquering chieftain. It is one that will cost Lubrin dearly; but if he succeeds, it will set his people free.

At 126 pages, you can finish this in an afternoon, then bawl your eyes out if you didn’t feel completely socked in the gut. It’s one of those stories where you remember how it made you feel rather than what happened. And it’s wrapped in hauntingly lovely prose – Sutcliff is high on my list of Authors with the Most Beautiful Prose Ever. See here:

“High over the Chalk, the larks were singing, the shimmer of their song tossed to and fro on the evening wind.” (pp. 106-107) 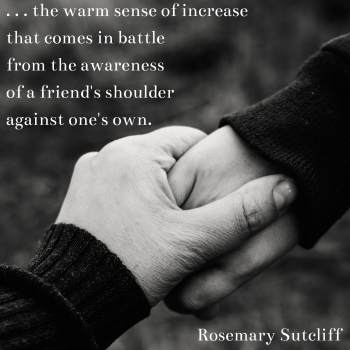 “He knew the high wind-stippled sky above him, and the warm steadfastness of the ground beneath. He knew the harebell growing in the tawny grass, tossing on its thread-slender stem as the wind came by.” (p. 126)

Sutcliff manages to make the dialogue sing as well, even when her characters are making threats:

“‘And if any man speaks such words again, let him wait until I can stand upright, and I will thrust them back down his throat until he chokes on them!’ . . . And there came to [Lubrin]. . .the warm sense of increase that comes in battle from the awareness of a friend’s shoulder against one’s own.” (p. 75)

“Dara. . .came back into the gateway and put his arms round Lubrin’s shoulders, daring whatever taboo he might be breaking with a courage made reckless by grief. For a breath of time, Lubrin stood rigid as the new timber of the gate pillar. Then he flung his arms round Dara, who had been heart-friend and more than brother to him since they were five years old. For one long moment they strained close, each driving his face down into the hard hollow of the other’s neck.” (p. 121)

I don’t know how such simple words can paint such gut-wrenching grief.

I can wax lyrical indefinitely, but this is a book you have to discover for yourself 🙂 I feel like it’s one of Sutcliff’s lesser-known works, and I made a point of reviewing it lest you miss it. If you ever come across a copy (my sister got hers secondhand for twenty rand), don’t let it go. It’s a story that sinks deep into your bones and lingers long. 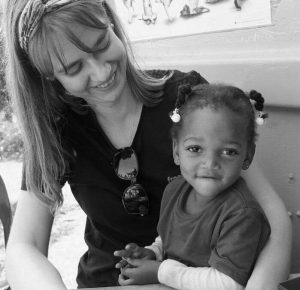